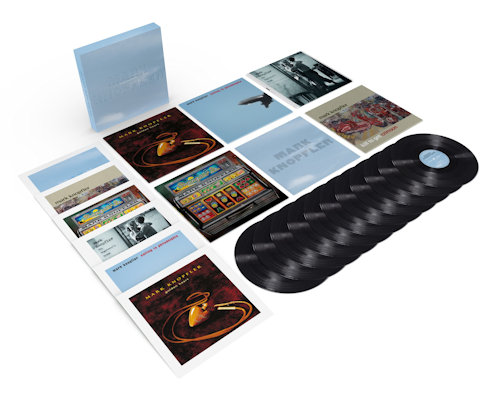 To commemorate the 25th anniversary of Mark’s debut solo release Golden Heart in 1996, a new box set, Mark Knopfler – The Studio Albums 1996-2007, will be released on 1st October Worldwide, and 10th December in the US.

The box will be released on vinyl across 11 LPs, and on CD over 6 discs, featuring Mark’s first five studio albums as a solo artist:

The audio of each album has been newly remastered by Miles Showell at Abbey Road Studios in London.

The LPs will be pressed on 180g black vinyl, and the box set will include a download card, plus 6 embossed art prints of each album cover.

The CD set will come housed in a deluxe clamshell box with the CDs in wallets with folded double-sided printed inserts, plus 6 beautiful art cards of each album cover. 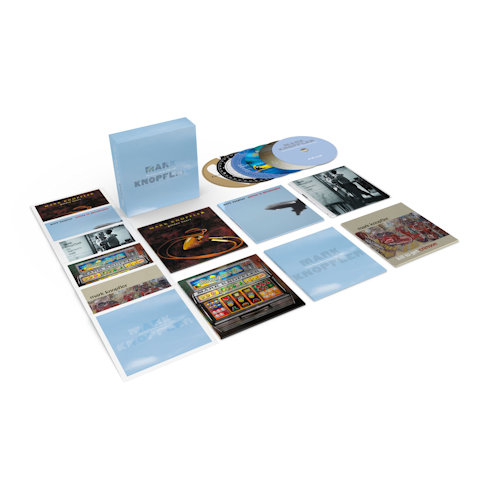