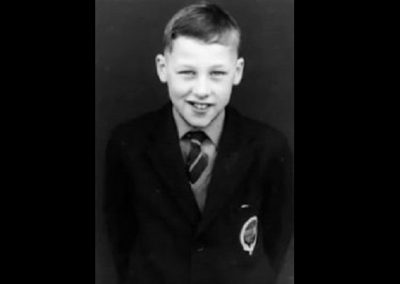 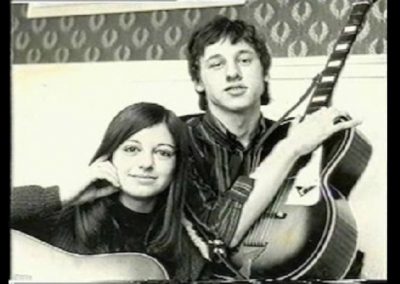 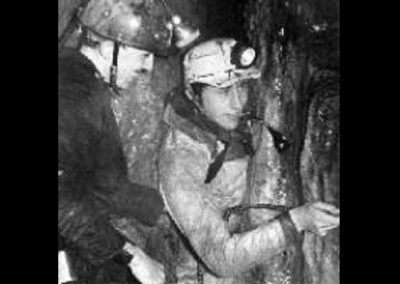 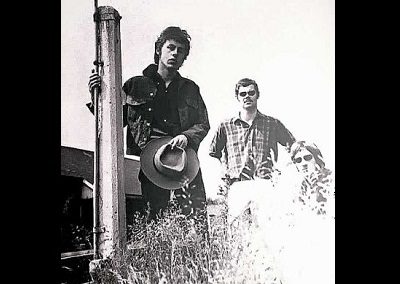 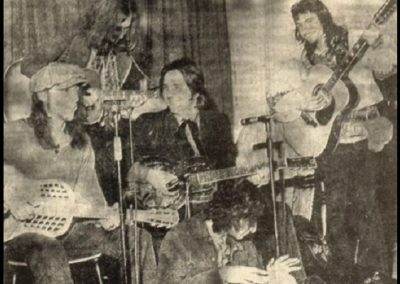 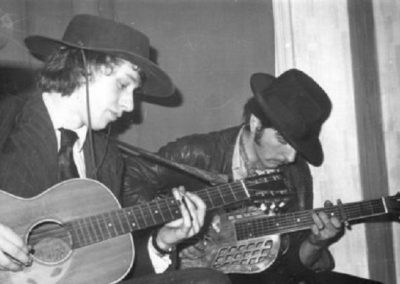 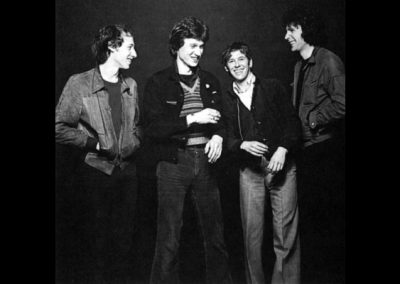 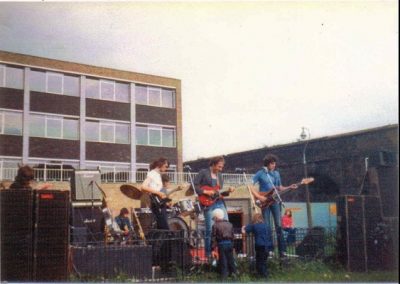 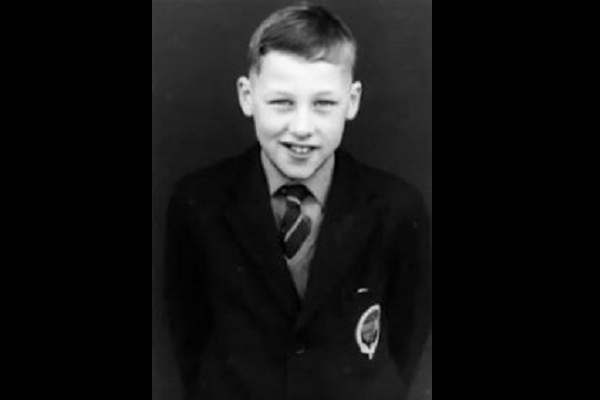 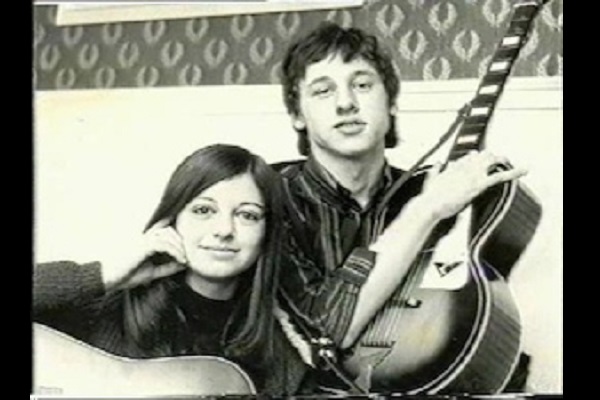 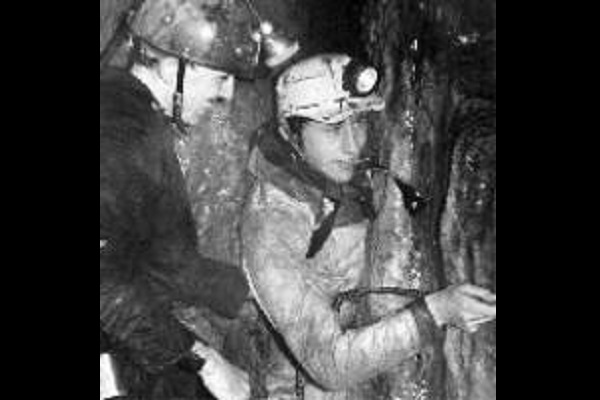 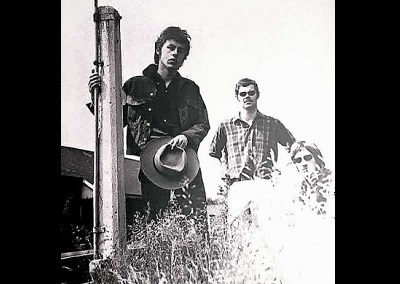 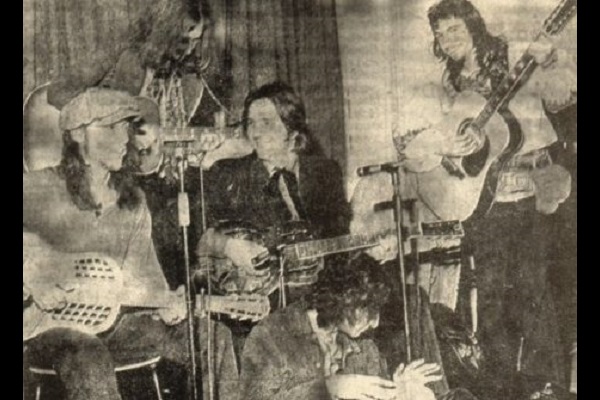 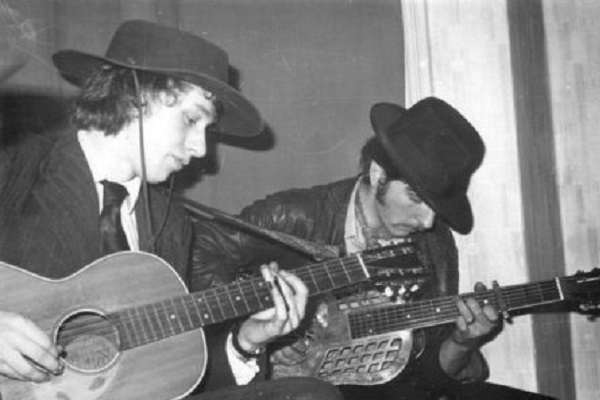 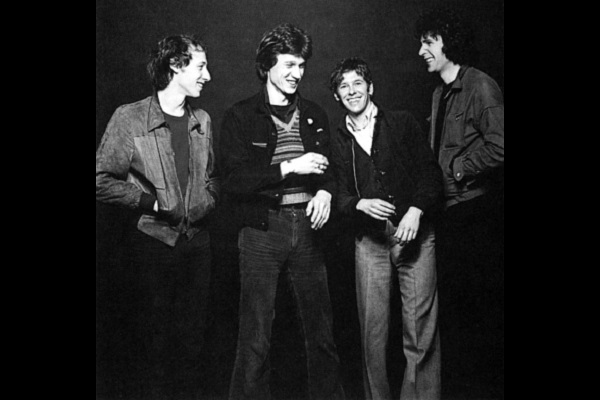 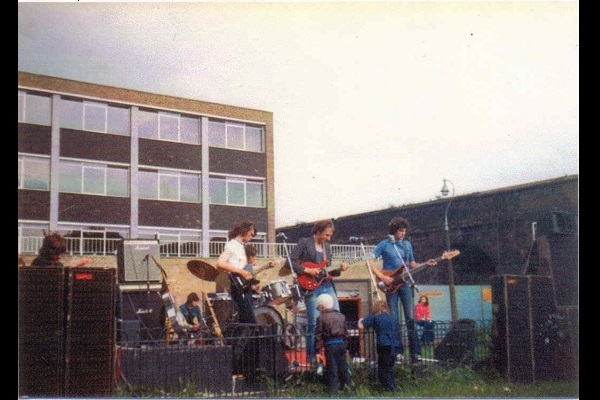 Mark was born in Glasgow, Scotland, on the 12th of August 1949. He was around seven years old when the Knopfler family moved to Newcastle-Upon-Tyne in the North-East of England. Mark attended Gosforth Grammar School. As a young boy he was inspired by his uncle Kingsley’s harmonica and boogie-woogie piano playing. Later, in his teens, he set his heart on an all too expensive flamingo-pink Fender Strat, just like Hank Marvin’s, but in the end had to settle for a £50 twin pick-up Hofner Super Solid. At sixteen he made a local TV appearance as half of a harmony duo along with school-friend Sue Hercombe. In 1967, he went to study journalism for a year at Harlow Technical College and at the end of the course secured a job in Leeds as a junior reporter on the Yorkshire Evening Post. Two years later, he decided to further his studies and commenced a degree in English at Leeds University. During this period he teamed up with Leeds bluesman, Steve Phillips, the two performing together as the Duolian String-Pickers. In April 1970 Mark records a self-penned song called Summer’s Coming My Way at Harding studios in Pudsey, Leeds, with among others Steve Phillips on 12-string guitar.

On graduating from Leeds University in 1973, Mark decided to go to London and try to break into the rock scene. He scanned through the music press and answered the biggest advert he could find in Melody Maker. That led him to an audition and a two month stint with a blues band called Brewer’s Droop. Mark took up a job as a lecturer at Loughton College in Essex and went on to form a working band with friends at the college calling themselves the Café Racers. Meanwhile, Mark’s brother, David, moved to London and shared a flat with Leicester-born bass player John Illsley at Farrer House on Deptford’s Crossfield Estate, South-East London. In the Spring of 1974 Mark turned up at bassist Rod Clements’s flat in  Finchley and the two musicians made a recording of ‘Newport Mount Rag’.

During his period with Brewer’s Droop Mark had been impressed with drummer Pick Withers, so Pick was invited to the Farrer House flat and the four musicians – Mark, John, David and Pick – began doing gigs together under the name of Mark’s old band, the Café Racers. A friend of Pick’s suggested a new name for the band – Dire Straits. The first Dire Straits gig took place on the open space at the back of the Farrer House flats, the electricity provided by a power cable running from the stage into a socket on the wall of John and David’s flat.

On the 23rd and 24th of July 1977, Dire Straits recorded the now famous 7.5 ips demo tapes of five songs – Wild West End, Sultans of Swing, Down To The Waterline, Sacred Loving and Water of Love – engineered by Chas Herington at Pathway Studios, Newington Green, Islington, North London. Sacred Loving, written by David Knopfler and featuring him on main vocal, was the last of the five songs to be record and was never released. In what was probably October, they recorded Southbound Again, In The Gallery and Six Blade Knife for Radio London at the BBC’s Maida Vale Studios and, finally, back at Pathway on the 9th of November, demo tapes were made of Setting Me Up, Eastbound Train and Real Girl. 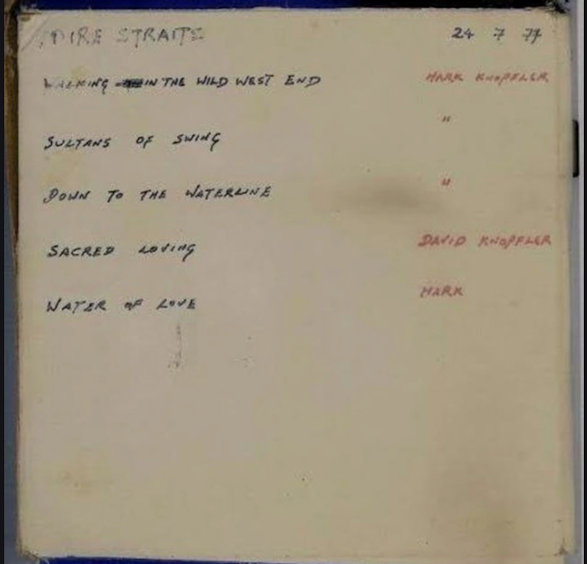 The Pathway demos were given on 7.5 ips reel to reel tapes to various people in the music business including BBC Radio London DJ Charlie Gillett. In July 1977 Charlie began playing Sultans of Swing on his Radio London show and included the track on his 1979 Oval records double album vinyl release, The Honky Tonk Demos, which was re-released in CD format almost thirty years later. In addition to Sultans three other tracks from the July 77 Pathway session were released by Mercury in 2015. Charlie Gillett called upon record company executives to sign this new band: enter John Stainze and Ed Bicknell. It is said that Phonogram A&R man Stainze was in the shower listening to the radio when he first heard Dire Straits. In what was probably early December 1977 he signed the band to Phonogram’s Vertigo label and Mark secured a publishing deal with Rondor Music. At the time Ed Bicknell was working at the NEMS agency. Late Friday afternoon, 9th of December, Stainze phoned Ed with a view to fixing up some gigs for the band. Stainze invited Ed round to the nearby Phonogram offices and played him the Pathway demos. The following Tuesday, 13th of December, Ed was taken to Dingwalls Club in North London to meet the band. As he walked into the club they were playing Down To The Waterline. Ed recalls, “The first thing I noticed was that it wasn’t necessary to stand at the back of the room; they were very quiet. I’d just toured The Ramones, who were deafening…..more importantly , I noticed Mark was playing a red Fender Stratocaster, which immediately made me think of Hank Marvin of The Shadows, a band I had idolized in the sixties.” Shortly after this Ed became the band’s manager. He booked them as the support act for an up-coming Talking Heads tour: Dire Straits were paid £50 per night for the tour, a ten-fold increase on their £5 fee at Dingwalls.